“Documented”, a Film About a Pulitzer-Winning Journalist Who is Also an Undocumented Immigrant

And now for something completely different.  I wish I went to the movies more often.  All those summer blockbusters (or busts)!  I actually haven’t been to the movies in ages.  I think that’s about to change.

Recently, the San Francisco Chronicle reported that Facebook CEO Mark Zuckerberg took his first step on the national political stage when he publicly joined other tech leaders, civil rights activists and undocumented immigrants to call for the comprehensive overhaul of our nation’s immigration system.

Zuckerberg was at the West Coast premiere of Jose Antonio Vargas’s film “Documented,” a film that Vargas wrote and directed. Vargas, inarguably the most famous undocumented immigrant in America today, is a former San Francisco State student and San Francisco Chronicle staff writer who made national headlines by revealing in a 2011 New York Times Magazine essay that he is an undocumented immigrant.

“Documented”, directed by Vargas himself, centers around his personal experience as he prepared to reveal his undocumented status in the New York Times magazine essay.  The film shows Vargas traversing the country as he speaks at college campuses and visits conservative towns where undocumented immigrants are apparently not welcome.

Throughout the movie, Vargas reminds people that “there is no line” for him to join to acquire citizenship. When he engages some of Mitt Romney’s supporters at a 2011 campaign stop, Vargas says “But sir, but sir, there’s no line. … I was brought here when I was 12. I didn’t know I didn’t have papers since I was 16; my grandparents, who were American citizens, didn’t tell me. So I been here — I been paying taxes since I was 18, I just want to be able to get legal, to get in the back of the line somewhere.”

According to critics, Vargas elegantly positions immigration as the most controversial –  and least understood – political issue in the nation. I agree.  I liken it to the new third rail of politics.

I have not seen this movie yet.  But I will.

Comprehensive Immigration Reform: Will the House of Representatives Do What’s Right for America?

So… the U.S. Senate passed a marked-up and amended version of the Gang of Eight’s “Border Security, Economic Opportunity, and Immigration Modernization Act,” and now we’re on to the House of Representatives.  What happens there is anybody’s guess.  What we do know for sure is that Speaker of the House John Boehner has no intention of taking action on the Senate’s bill.  “I’ve made it clear, and I’ll make it clear again: the House is not going to take up the Senate bill. The House is going to do its own job in developing an immigration bill,” Speaker Boehner said at a press conference last Monday afternoon.

So what does that mean for Comprehensive Immigration Reform (“CIR”)?  I have no idea.  How sad that I just wrote that.  House Republicans seem so out of touch with what the American people want, and what’s good for America.

There have been countless reports in recent weeks referencing a number of studies which tout how great CIR would be for the U.S. economy.  Take for example the combined report of the President’s National Economic Council, Domestic Policy Council, Office of Management and Budget, and the Council of Economic Advisers, entitled “The Economic Benefits of Fixing Our Broken Immigration System”.  This report details the range of benefits to the U.S. economy that would be realized from passage of CIR.  More importantly, it also discusses the high cost of inaction.

I remember working in Washington, D.C. in the late 1980’s.  Fresh out of college and going to grad school, I started interning on Capitol Hill for Sen. Alfonse D’Amato.  He then hired me and I worked for him for ten years.  In those days, it seemed like most of the legislation I saw get passed was largely bipartisan and things got done.  Today, it’s the complete opposite.  It seems like nothing gets done in Washington, and no one’s getting along across party lines.    With that as the backdrop, it was incredible that the Senate passed their bill.  As for the House, the House Judiciary and Homeland Security Committees combined have passed five piecemeal bills dealing with immigration reform.  None offer a road to legalization or citizenship for the undocumented population, and none increase the number of visas for legal immigration or clear the backlogs that currently exist.

It remains to be seen what the House will do in developing their owner “immigration bill”, as Speaker Boehner suggests it will.  I suppose it should be somewhat encouraging that Speaker Boehner told House Republicans last week to pass immigration reform legislation, stating that House Republicans will be “in a much weaker position” if they failed to act.  He’s right.

I recently read an article in the Business Review addressing New York State’s shortage of some 350,000 mid-level skilled workers.  According to the article,“mid-level” jobs are those that fall between a high-school diploma and a four-year degree.  Robert Geer, Vice President for Academic Affairs for the University at Albany’s College of Nanoscale Science and Engineering (“CNSE”), said that of the 3,100 people employed at CNSE, most have two-year or four-year degrees, while only 1 in 14 holds a Ph.D.  The article got me thinking about what Comprehensive Immigration Reform (“CIR”) will do to address this issue, if anything.

CIR, as proposed in the Gang of Eight’s “Border Security, Economic Opportunity, and Immigration Modernization Act,” includes a provision for a new “merit-based” point system (Track 1 as it is known in the bill).  This point system allows foreign nationals to obtain a Green Card by accumulating points primarily based on their skills, employment history, and educational credentials.  The bill provides that 120,000 to 250,000 Green Cards would be made available each fiscal year based on the point system. (The actual number would apparently fluctuate based upon a formula that takes into account the number of Green Cards requested the previous year and the unemployment rate.)

According to the current iteration of the bill, the allocation of points in both tiers is based on a combination of factors, including education, employment, occupation, civic involvement, English language proficiency, family ties, age, and nationality.  The system seems to prioritize foreign nationals who are young, educated, experienced, skilled, and fluent in English.  Family ties and others factors are weighted lower.

There is also a Track 2 to the merit-based system, which is designed to clear, over a period of seven years (starting in 2015) the enormous backlog that currently exists in the family-  and employment-based Green Card “preference” system.  Track 2 is designed to eliminate these backlogs by 2021.

Under the bill, commencing October 1, 2014, family- or employment-based Green Card applicants who have had their Green Card applications pending five (5) years or more under our current system will become eligible for a Green Card.  (The Track 2 merit-based system also makes Green Cards available to Registered Provisional Immigrants who have maintained that status for at least ten [10] years.)

It’s not entirely clear how much the Gang of Eight’s bill, as currently proposed, will completely solve the problems identified in the Business Review’s article.  Both tier 1 and tier 2 potentially can make a dent.  The tier 1 point system, however, seems to favor those foreign nationals with more advanced degrees as opposed to the types of degrees identified as needed in the Business Review’s article.

However, the tier 2 may have some potential.  Under the bill, between 60,000 and 125,000 Green Cards would be made available in each fiscal year for foreign nationals in high-demand tier-2 occupations.  According to the bill, these are occupations for which the highest numbers of positions were sought to become registered positions by employers during the previous fiscal year.  Some Green Cards will be reserved for occupations that require little or no preparation too. Under tier 2, the number of Green Cards available can also increase by 5% each year if demand exceeds supply in any year where unemployment is under 8.5%.

This is significant as it potentially allows workers who currently do not have great chance to obtain a Green Card with an opportunity to obtain one.  This is also important considering the United States (and NYS) needs immigrants at all skill levels, as noted in the Business Review’s article.

The “Gang of Eight” Introduce a Bipartisan Immigration Reform Bill 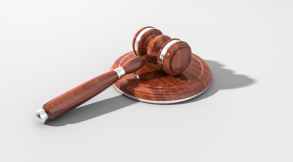 This morning, the Gang of Eight offered their vision of Comprehensive Immigration Reform.  Senators Schumer, McCain, Durbin, Graham, Menendez, Rubio, Bennet, and Flake introduced the “Border Security, Economic Opportunity, and Immigration Modernization Act,” an 844 page piece of legislation.  This is Congress’s starting point for further discussion, debate, no doubt revision, and eventually (hopefully) the signature of President Obama.  In a joint statement upon the introduction of the bill, the Senators said:

“Our immigration system is broken and it is time for a national conversation about how to fix it. We believe common-sense immigration reform is vital in order to secure America’s borders, advance our economic growth, and provide fuller access to the American dream. Our bipartisan proposal is a starting point, and will be strengthened by good-faith input and ideas from across the ideological spectrum. We look forward to multiple Senate hearings on this bill, an open committee process with amendments, and a full and fair debate in the Senate.”

I know the topic of immigration and immigration reform invokes deep feelings… both positive and negative, from the general public.  People are entitled to their opinions.  I have them too.  But when I think about these topics, I make myself take off my lawyer hat and try to set aside my political ideology.  I try to come at this issue from a very practical point of view.  Our immigration system is broken.  Is it practical to think that we’re going to deport 11 to 13 million undocumented foreign nationals who are presently in the United States?  No.  Does it make sense that we educate foreign nationals at some of our best institutions of higher education… and then tell them that they can’t stay here because there’s no visa, either temporary or permanent, that allows them to?  No. Our immigration system is broken and it is about time that our national leaders, with the input of relevant stakeholders, discuss, debate and implement comprehensive immigration reform.

Very broadly, the Gang of Eight’s bill addresses such important issues such as (a) border security, (b) legalization for individuals in an unlawful status (a so-called “registered provisional immigrant status” where after ten years an individual could apply for lawful permanent residence, i.e., a Green Card, through a merit-based system), (c) elimination of backlogs in the current family- and employment-based immigrant visa categories, (d) the creation of a startup visa for foreign entrepreneurs who seek to emigrate to the United States to startup their own companies, (e) merit-based visas, where points are awarded to individuals based on their education, employment, length of residence in the U.S. and other considerations, (f) enhanced employment verification rules (i.e., mandatory participation in the E-Verify program, photo-matching, etc.), (g) H-1B nonimmigrant visa reform (e.g., raising the base cap of 65,000 to 110,000, with the potential for the cap to go as high as 180,000, and amending the current 20,000 exemption for U.S. advanced degree holders to be a 25,000 exemption for advanced degree graduates in science, technology, engineering, and mathematics from U.S. schools, along with several other changes), (i) visa programs for lower-skilled workers, and (j) a program to allow current undocumented farm workers to obtain legal status.

It will take some time for this proposed legislation to be reviewed and digested.  Then the debate will begin.  The debate will be spirited.  Hopefully it will be constructive and not divisive.

Is this proposed legislation perfect?  I’ve obviously only skimmed it at this point, but the answer is probably no.  Is it a good start?  It sure is.  More than anything, though, “it’s about time.”