Thank You Fake News: Trump’s Border Policy and Changes in the Asylum Law 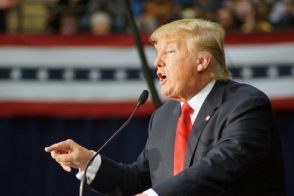 Perhaps we were all wrong about President Trump? Maybe he does listen to the women in his life? Current reports suggest that the President’s own wife and daughter, Melania and Ivanka Trump, were the impetus behind the President’s executive order to end the separation of families at our southern border. I guess the fact that all four living former First Ladies condemned President Trump’s border policy was not enough. Quite frankly, I think we all owe a huge debt of gratitude to the brilliant journalists at all the Fake News organizations across the country who reported on the inhumanity we all saw as families were torn apart from each other as they tried to apply for political asylum in the United States.

Let’s back track a little bit though, because this crisis is far from over.

I recently noted the profound changes that happen in the world of immigration, literally on a daily basis. Two more cases in point. Last week, Attorney General Jeff Sessions issued the precedent decision of Matter of A-B-. This case held that victims of domestic violence no longer qualify for asylum protection in the United States. Since President Trump was inaugurated, the Attorney General has used his position to literally rewrite our immigration law. Through what has been a historically cautiously-used power, the Attorney General has taken certain immigration cases that were previously decided by the Board of Immigration Appeals (“BIA”), and in this case, has essentially eliminated a previous right of persecuted people to seek asylum in the United States.

And then of course there was President Trump’s now former border policy of separating families from each other as they endeavor to seek refuge in the United States from domestic and gang violence in their home countries.

With respect to Matter of A-B-, in a case he referred to himself, Attorney General Sessions narrowed the criteria for demonstrating membership in a particular social group and overruled the holding of Matter of A-R-C-G-. According to the Attorney General, domestic violence victims and other victims of crimes perpetrated by private, non-government actors no longer generally qualify for asylum. With this decision, the Attorney General continues to undermine the independence of both our Immigration Courts and the BIA.

The Attorney General’s decision in Matter of A-B- is a huge setback that overturns a precedential decision which firmly recognized the right of women who are fleeing domestic violence to avail themselves of the protection our asylum laws provide when their own governments fail in their duty to provide protection.

So now we’ve got women and families who have to make a choice. If they remain in their home countries, they may very well die as a result of domestic and gang violence. If they pick up and try to seek refuge in the United States, they now face an incredible uphill battle to obtain protection under our laws. And worse, if parents bring their minor children with them, they’ll be detained, albeit perhaps now together, potentially all throughout their lawful efforts to remain in the United States.

Along with his wife, daughter and the former First Ladies, literally everyone was opposed to Trump’s policy of separating or detaining families with minor children, including corporate executives, religious leaders across all faiths, health experts, and the list could go on and on. Similarly, there is a very long list of attorneys, advocates, retired immigration judges (“IJ’s”) and former members of the BIA that are opposed to Attorney General Sessions’ new decision in Matter of A-B-.

To date, the President’s border crossing policy has separated more than 2,300 minor children from their parents. The research is clear. According to Charles Nelson, a pediatrics professor at Harvard Medical School, “[t[he effect [of family separation] is catastrophic.” According to Dr. Nelson, the children’s heart rates go up, their bodies releases stress hormones, and over time, all of this wreaks long-term damage, both psychologically and to the physical structure of the child’s brain. Why on earth would the President want to do this?

As to the difficulty that women who have suffered domestic violence will now face trying to seek protection under our laws, in one fell swoop, the Attorney General erased a 15 year effort of the immigration courts and BIA to finally recognize that victims of domestic violence may qualify for asylum as a member of a particular social group.

The Trump Administration’s policies are doing nothing more than dehumanizing a large population of individuals who live in Central America, and specifically women and families who are subject to domestic or gang violence. When will this President stop the madness?

The Right to Counsel in Immigration Court Proceedings for Indigent Children 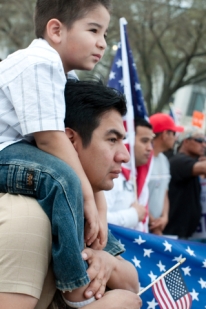 Do you remember the game “Sorry!”? I play it with my 7 year old sometimes.  And every once in a while when I pick a card that sends one of his game pieces back to his Start circle, he slaps his forehead and yells, “Are you kidding me?”

The other day, I had the same reaction (albeit to something a lot different).  You may have read about this.  Jack H. Weil, an assistant chief immigration judge who is actually responsible for training other judges, stated in sworn testimony in a case in which the American Civil Liberties Union (“ACLU”) and other immigrant rights groups are seeking to require the government to provide appointed counsel for indigent children who cannot afford a lawyer in immigration court proceedings, stated:

Are you kidding me?

Not surprisingly, afterwards, Judge Weil was quoted as saying that his statements did not “present an accurate assessment of [his] views on this topic,” and the Justice Department then quickly chimed in that “[a]t no time has the Department indicated that 3 and 4 year olds are capable of representing themselves.  Jack Weil was speaking in a personal capacity and his statements, therefore, do not necessarily represent the views of [the Executive Office for Immigration Review] or the Department of Justice.”

I have repeatedly said in various forums that our immigration laws are extraordinarily complex.  If you’re not an attorney, or if you’re an attorney but don’t practice in the area of immigration, you might be surprised to see the back-and-forth that immigration practitioners themselves engage in on various professional listservs about the meaning of a statute, rule or agency memorandum.  If we sometimes cannot understand or come to agreement as to what the Congress has written, or a Court has decided, do we really expect a 3 or 4 year old to?

Our government does not guarantee legal counsel to asylum seekers and other vulnerable populations facing deportation from the United States. In the past two years, more than 112,000 families and unaccompanied children have appeared before Immigration Judges without lawyers.  It’s virtually impossible for non-English speaking asylum seekers, especially young (or frankly any) children, to understand or navigate our complex immigration system, let alone make sense of legal terms of art such as “persecution” or being a member of a “particular social group.”

Among other things, the law would require the appointment of counsel for children, families and other vulnerable individuals, and the government would also be required to ensure access to counsel for anyone in detention, including border detention facilities, as well as for families and individuals subject to fast-track asylum screenings conducted in border regions.

Just recently, Senator Patrick Leahy of Vermont questioned Attorney General Loretta Lynch why the Department of Justice does not prohibit immigration proceedings from moving forward until children have representation. Attorney General Lynch responded: “I think we’re looking to find any various ways to support that and we’re looking at various ways to get legal counsel appointed in every situation,” responded Lynch. This is a rather ironic response given that the Department of Justice, the very agency which Attorney General Lynch leads, continues to fight the ACLU’s lawsuit that seeks to require that all such children receive legal representation.

I’ve been in the courtroom for these types of hearings.  Children are facing the same charges as adults, and consequently are also being asked the same questions by the Immigration Judge as adults.  I can tell you with absolute certainty that most adults, even with court-provided interpreters, do not understand what they’re being asked by the Immigration Judge.  The charges range from entering the country illegally to  overstaying a visa. The Immigration Judges ask questions that include when and how they arrived in the United States and whether they fear persecution in their home country if they were to return.  You would think these are simple questions, right? Far from it.

The Immigration Judge would also be asking if the child wants to leave the country voluntarily or whether the child would rather be deported. Depending on the child’s answer, he or she may be foreclosed from applying for certain forms of immigration relief in the United States, such as political asylum.

And, these hearing typically happen very quickly.  Indeed in some courtrooms, the average time for a Master Calendar Hearing has been reported to be about 7 minutes.  Imagine trying to make sure a child facing deportation from the United States understands all of his or her rights within 7 minutes (especially if the child is not represented by an attorney).

On the election trail recently, Univision hosts at a CNN debate pressed both Bernie Sanders and Hillary Clinton to make definitive statements that neither would deport children (or immigrants with no criminal record) should they become president. The both did so. That’s a start, at least as far as the Democrats are concerned.  But we still need to worry about the Republicans, and of course the real issue of the right to an attorney for an indigent child still needs to be resolved.