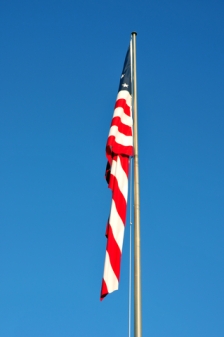 I saw an interesting article the other day in the Connecticut Law Tribune.  The premise of the article related to institutions of higher education using “creative solutions” to deal with the lack of available H-1B nonimmigrant worker visas for their graduates who wish to remain in the United States as entrepreneurs.  A little background (or refresher for some of you) is probably in order.

The H-1B nonimmigrant visa (or status) may be granted to foreign nationals who will perform services in a “specialty occupation.”  A specialty occupation requires the theoretical and practical application of a body of highly specialized knowledge and the attainment of a bachelor’s or higher degree, or its equivalent, as a minimum requirement for entry into the occupation in the United States.  Examples of speciality occupations include architecture, engineering, mathematics, physical sciences, social sciences, medicine and health, education, business specialties, accounting, law, theology, and the arts.

The U.S. government operates on a fiscal year basis that begins each year on October 1 and runs through the following September 30.  For those employers who wish to hire foreign nationals as H-1B workers, unless the position is “exempt”, a key concept here, there is an annual cap of 65,000 nonimmigrant visas that are available in each fiscal year (and an additional 20,000 H-1B nonimmigrant visas for foreign nationals who have earned a master’s degree or higher from a U.S. institution of higher education).  In recent years, the H-1B cap has been reached within days of April 1 (which is the first day that cap-subject employers can file a petition with USCIS for the non-exempt H-1B visa numbers).  Because of the incredible popularity of the H-1B worker program, which has resulted in the H-1B cap being reached within days of April 1 each and every year in recent memory, not every cap-subject employer is able participate in the H-1B program in a given fiscal year.

Consequently, employers, and yes, now even institutions of higher education, are trying to think outside the box so they can retain some of the best and brightest minds from having to leave the United States after they’re educated in the United States.  In doing so, these institutions of higher education are partnering with states and cities across the country to create programs that take advantage of an exemption to the H-1B cap for foreign nationals that are employed (or have received an offer of employment) by or from an institution of higher education or a related or affiliated nonprofit entity, or a nonprofit research organization or a governmental research organization.

So, one scenario that employers can consider to use this exemption is by having a “third-party petitioner” file the H-1B petition to employ a foreign national who will perform all or a portion of his or her job duties “at” a qualifying institution of higher education (e.g., basically, a private company sponsors a foreign national, and some of the job duties are performed “at” the institution of higher education).  There are other possibilities as well.  The third-party petitioner must establish that there is a logical nexus between the work predominately performed by the foreign national and the normal mission of the qualifying sponsoring entity.  Specifically, the third-party petitioner must demonstrate how the foreign national’s duties are directly and predominately related to, and in furtherance of, the normal, primary or essential purpose, mission, objectives or function of the qualifying institution, namely, higher education or nonprofit or governmental research.  There are plenty of ways to accomplish this.

Also important for this creative lawyering example, and highlighted by the article in the Connecticut Law Tribune, is that once the foreign national is employed by the cap-exempt employer, a cap-subject employer can then concurrently file their own H-1B petition on behalf of the same foreign national to allow them to also work for the cap-subject employer part-time. Because these foreign nationals are already working at least part-time for a qualified institution, this concurrent petition is also exempt from the H-1B cap (despite being filed by an employer that is otherwise subject to the cap).

Until there is an expansion of the H-1B program specifically, and reform to our immigration system in general, immigration lawyers are being forced to be more creative to accomplish the goals of their clients.  This is just one example of what’s possible.